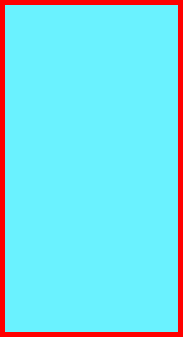 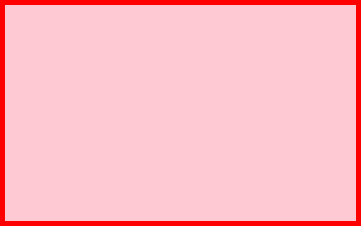 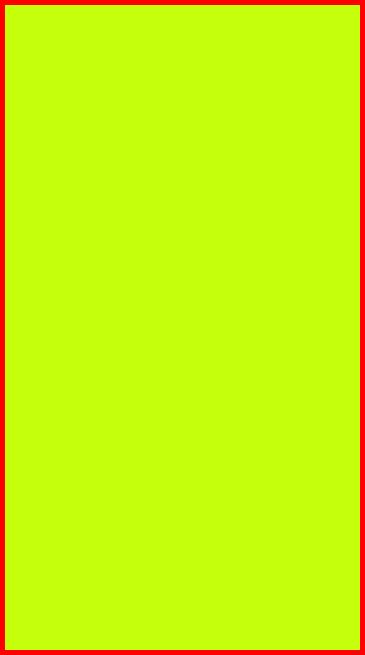 Eric gave an exceptionally well prepared and delivered demonstration of how he produces his bird boxes. He emphasised that he was not a professional wood turner but he nevertheless managed to keep the audience spellbound throughout the demonstration which at the end was greeted with a warm applause.

He explained all the steps required to make some of several designs of bird boxes: the watering can and the windmill, he also showed the use of tapes for assembling awkward items, like a basket ball or similar. The photos hopefully illustrates some of the steps. Eric also presented a video  showing his workshop with a comprehensive collection of woodworking tools.  He emphasized strongly the importance of safety, both in respect of the machinery and especially dust.

Hover your mouse over each picture to enlarge

The laminated handle consists initially of several layers of thin strips of wood glued together and placed in the template whilst glue is still wet. 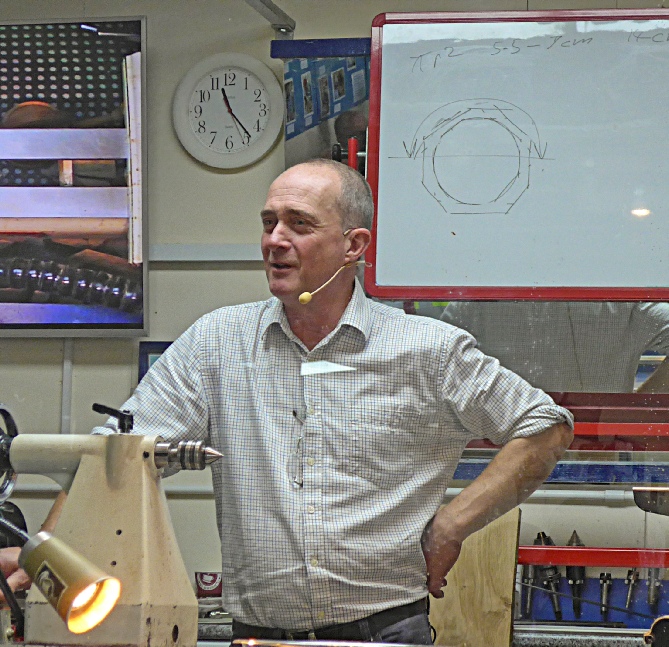 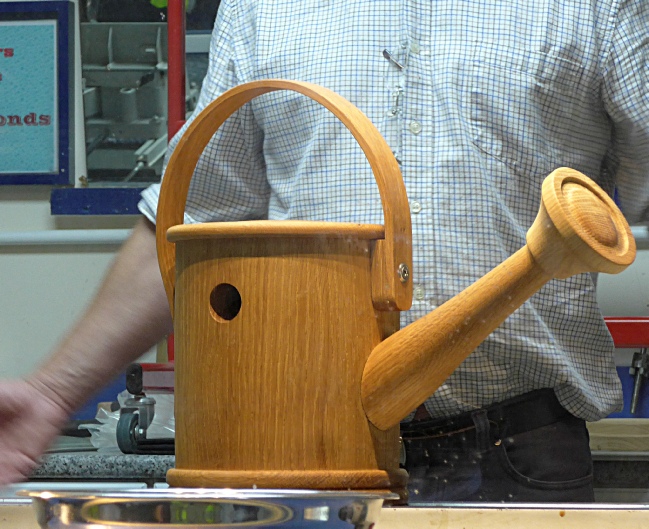 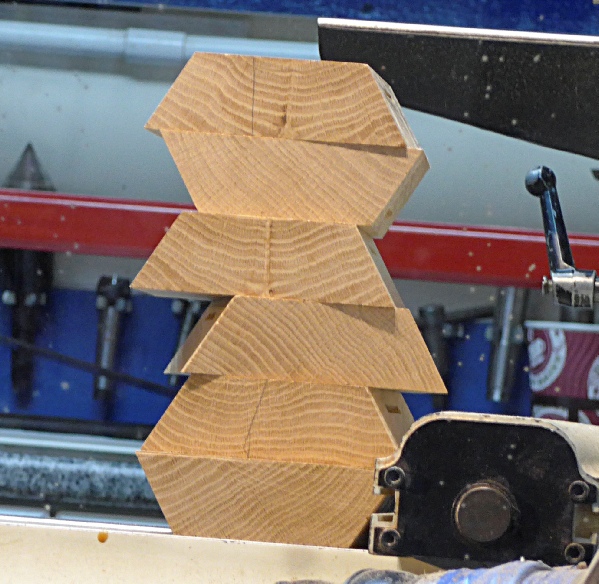 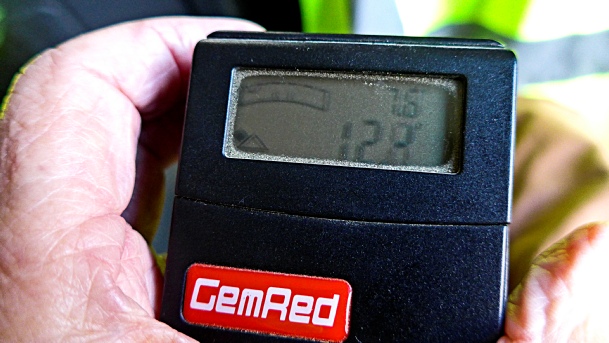 Ring glued from the staves 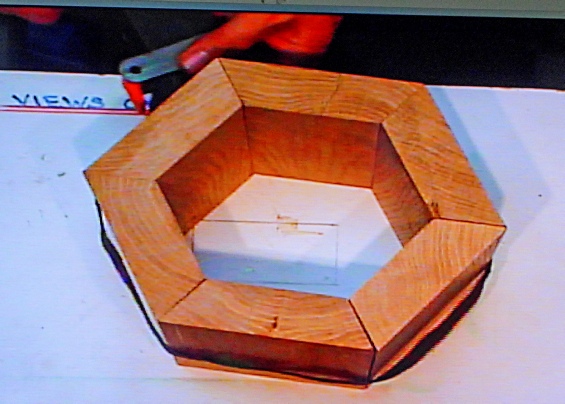 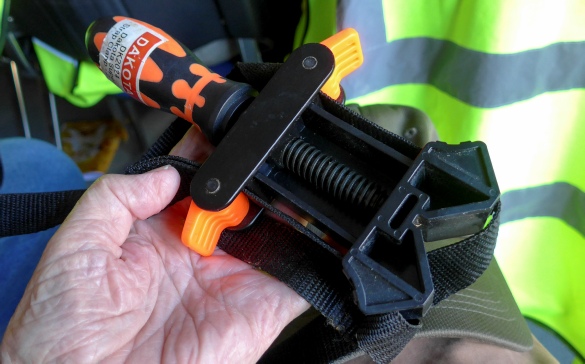 Hole saw for making hole for the spout 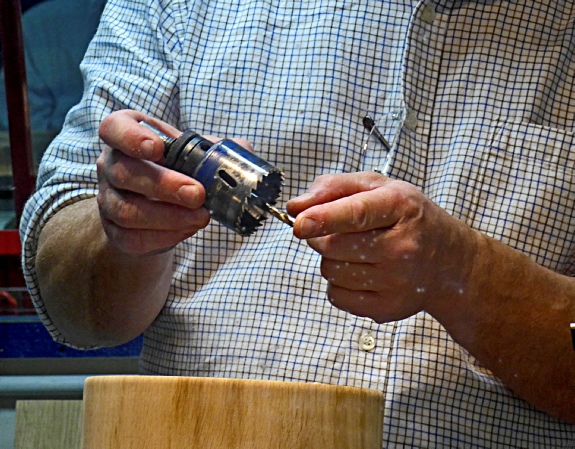 Body of the bird box turned from the glued staves 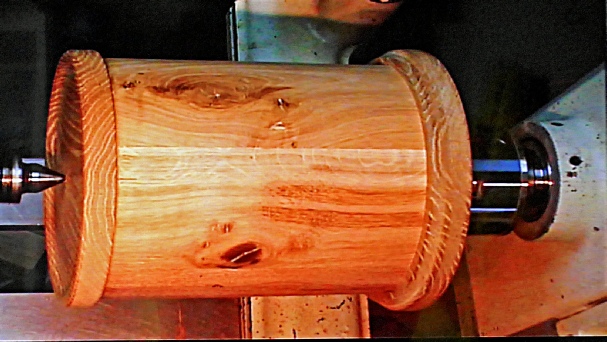 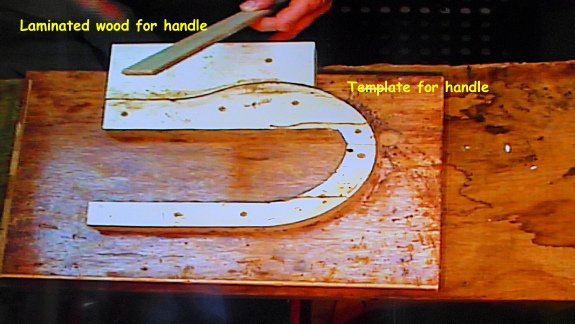 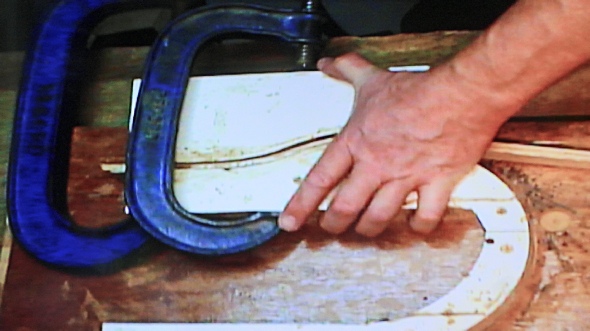 All cramps in place to shape the handle 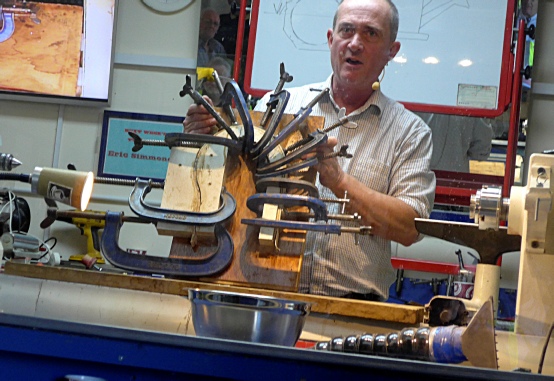 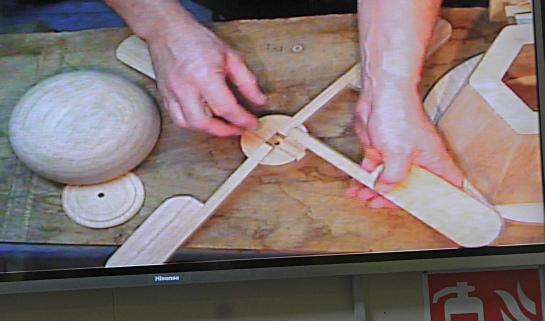 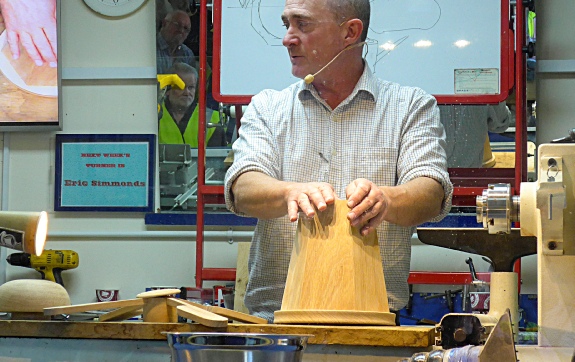 This device is used for hanging the windmill against a wall 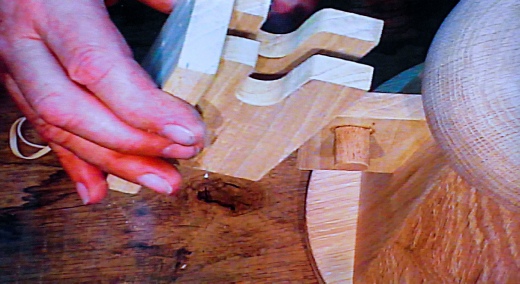 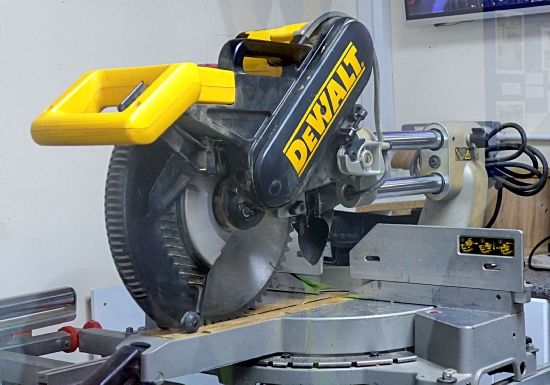 Initially segments are joined along the outside edges 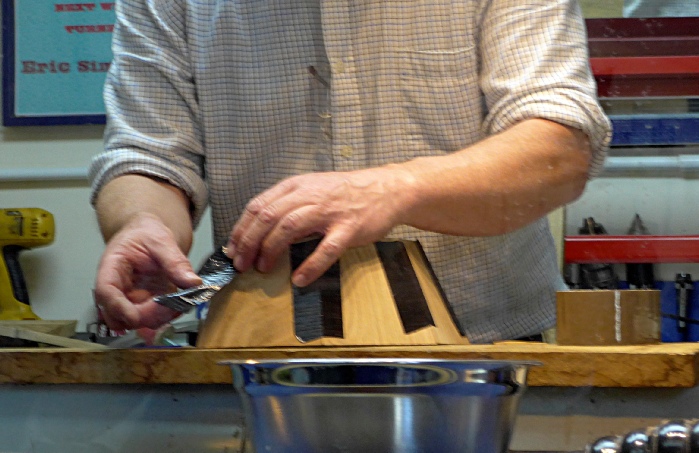 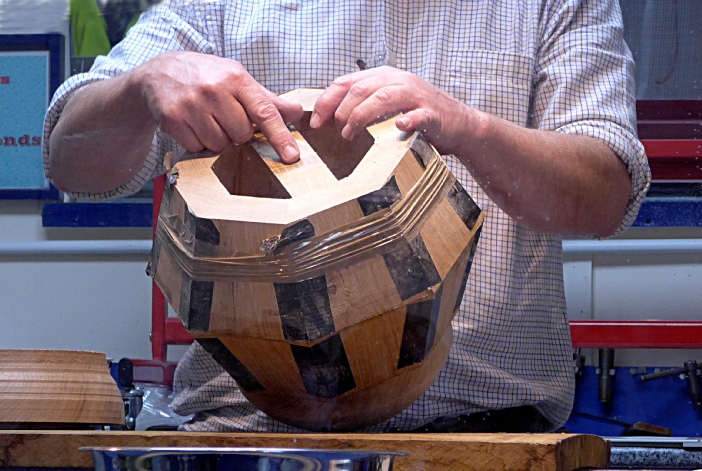 Ready to be turned 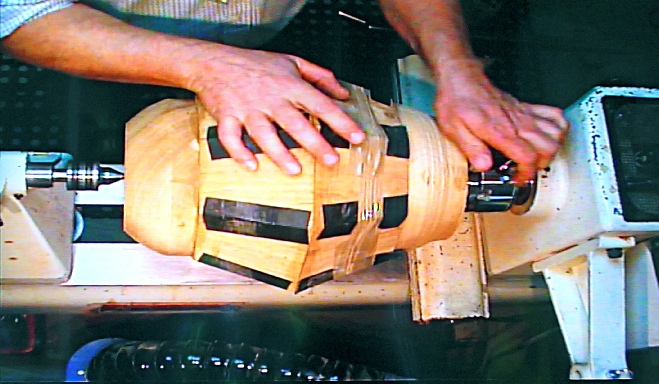