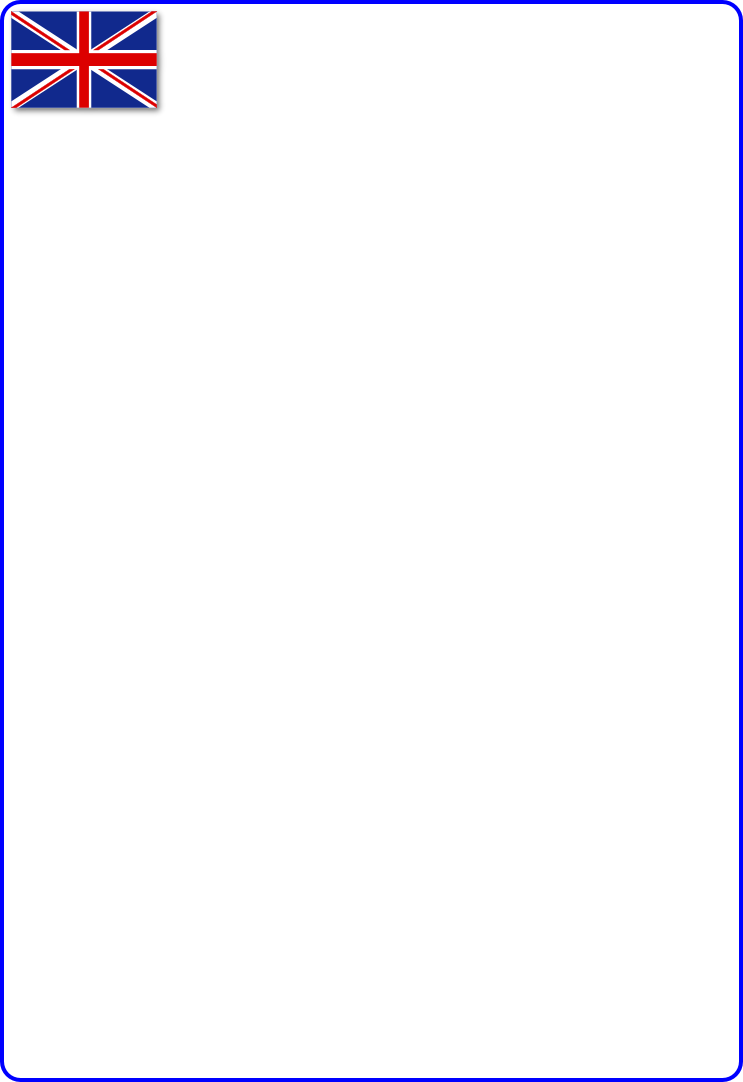 Shaun demonstrated in July 2016 and also in August 2017. On both occasions he showed his preference for handling large unwieldy blocks of wood to create stunning turned items.

The photos here provide an idea of what he created during the demonstrations.

The bottom photos show items Shaun created following the demo in August 2017 when apparently he acquired a lump of Burr Oak from our shop that had almost been earmarked for the bonfire. As you can see he was able to produce some outstanding forms  - not for the faint hearted! 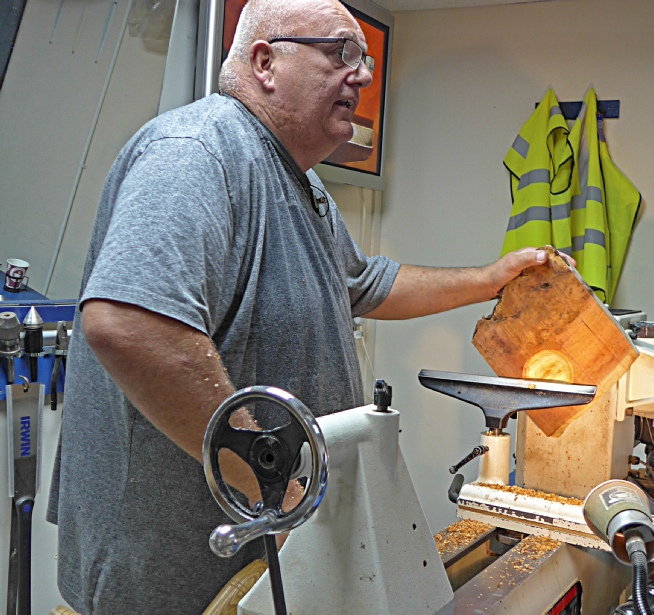 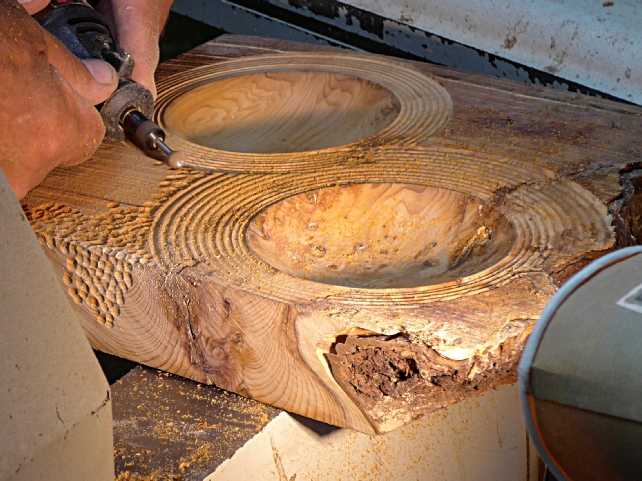 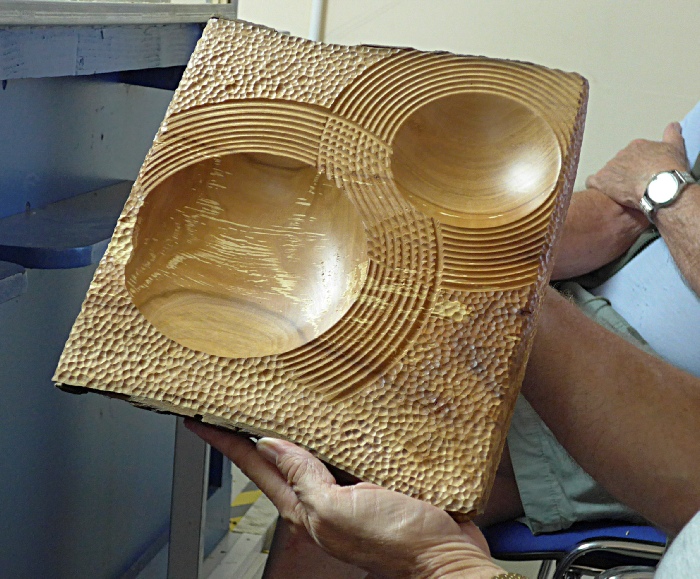 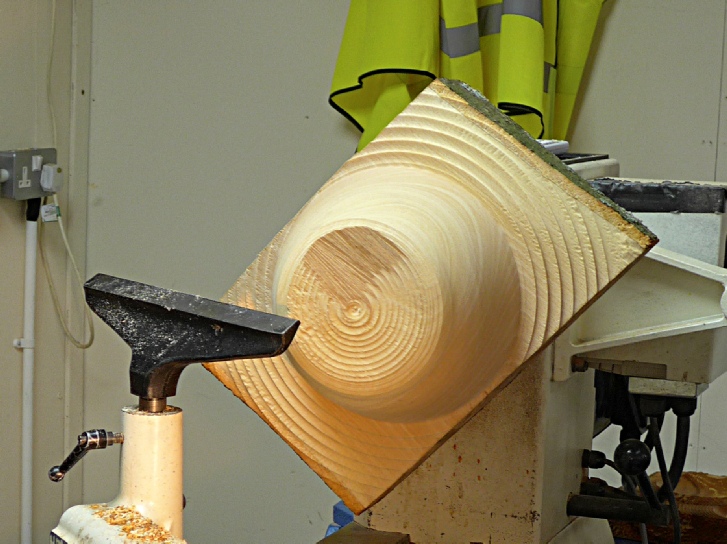 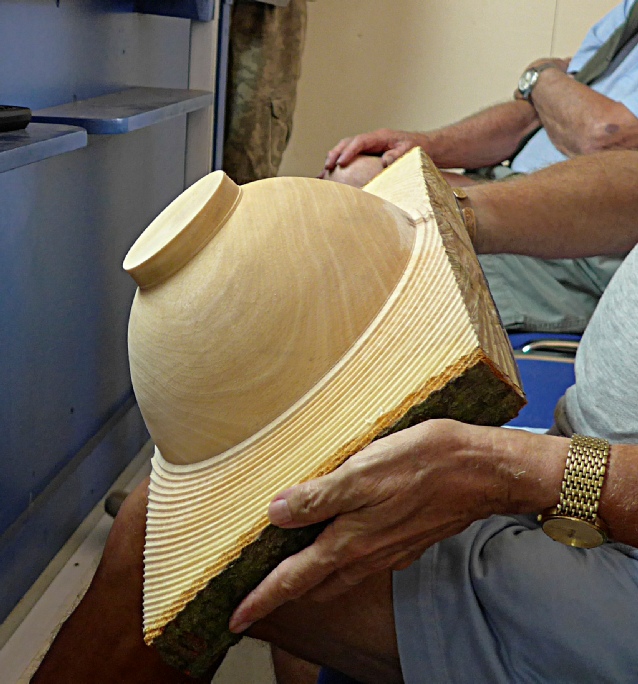 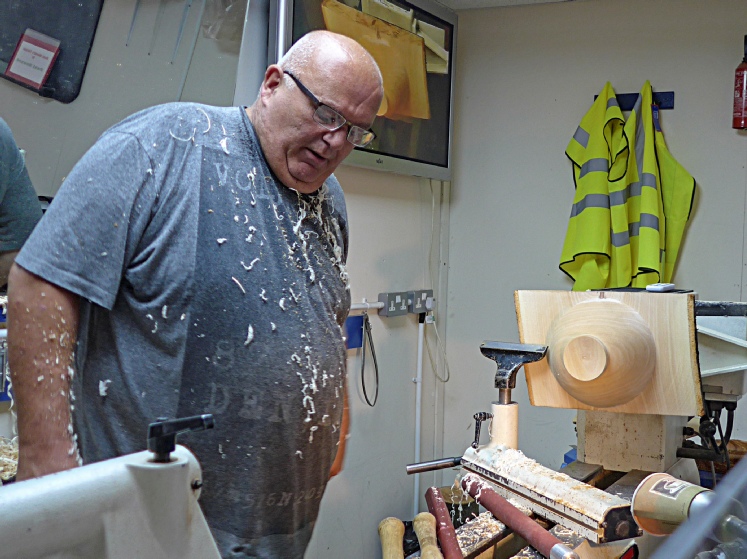 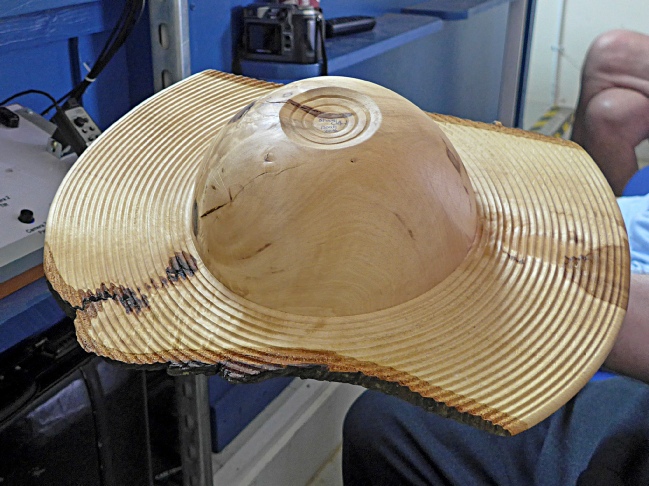 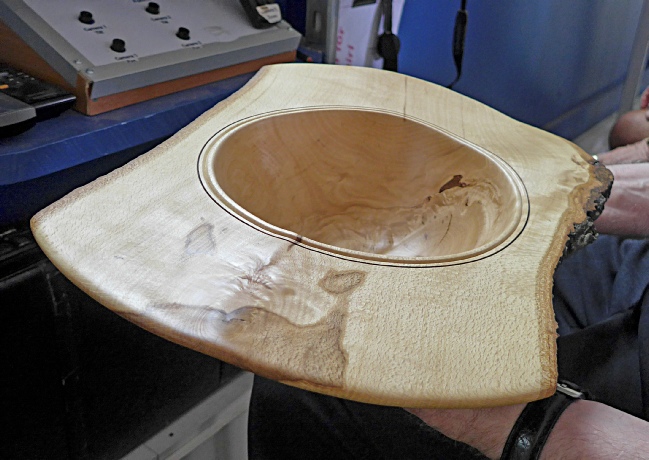 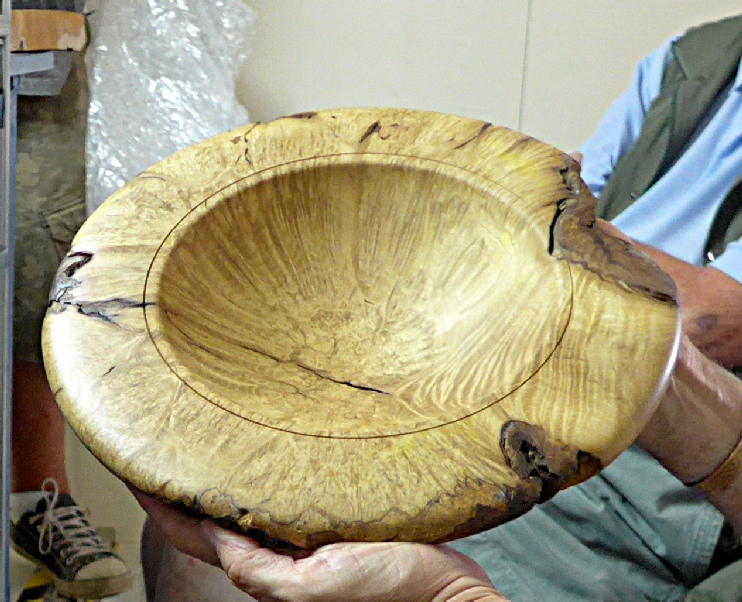 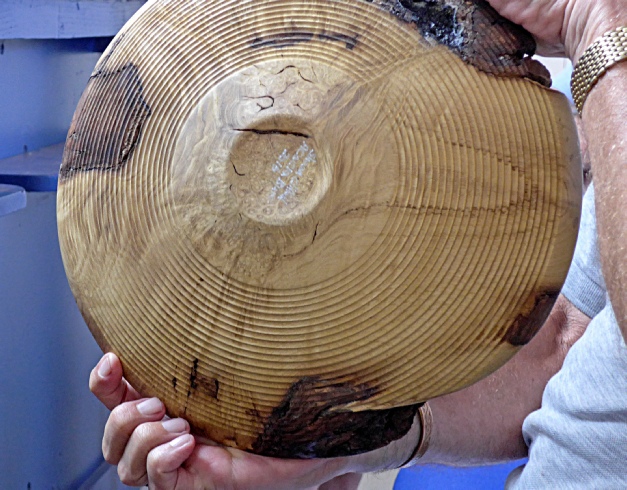 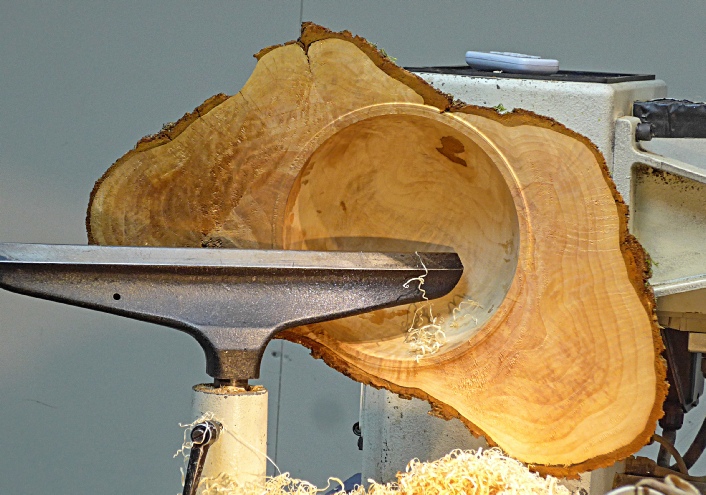 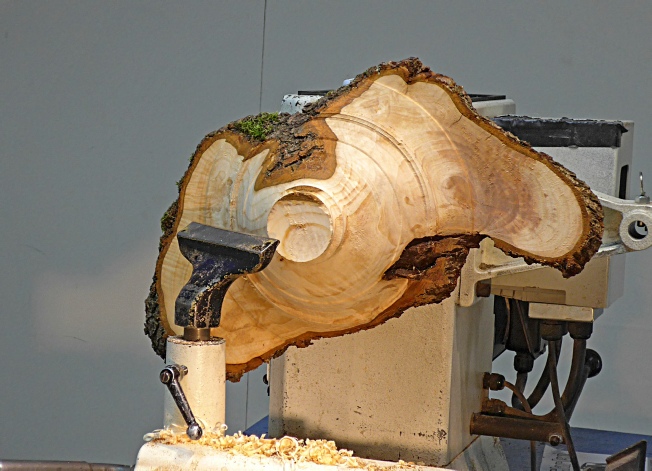 Thsi was turned using a faceplate 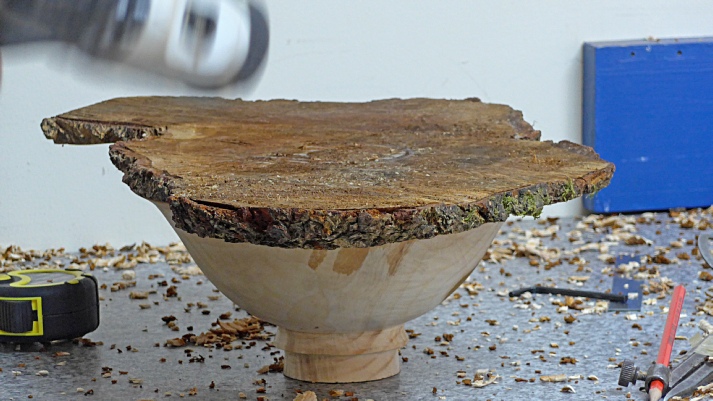 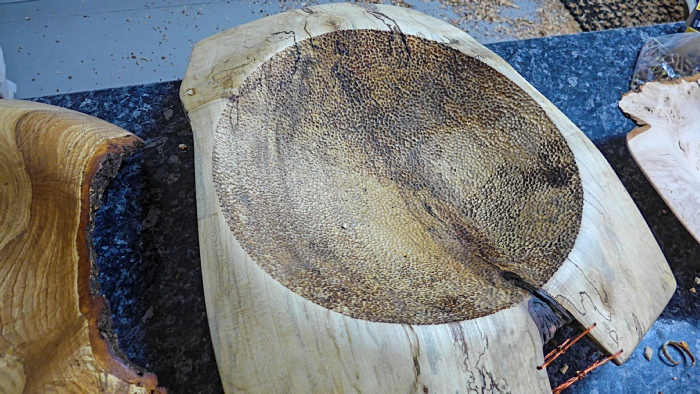 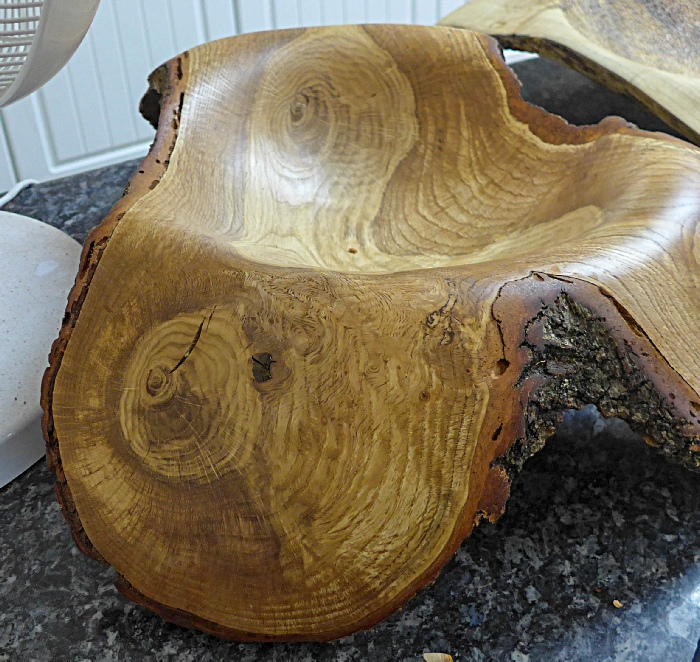 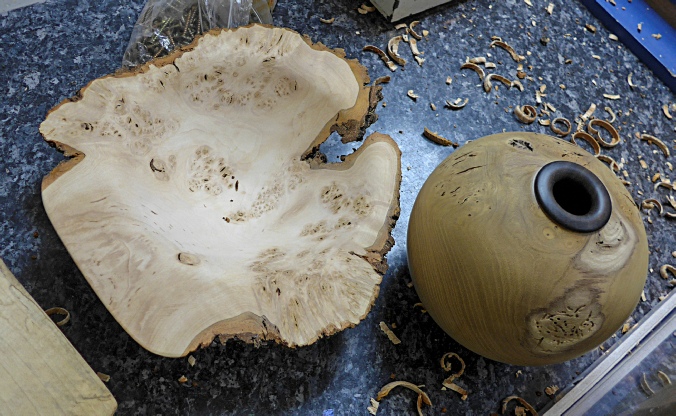 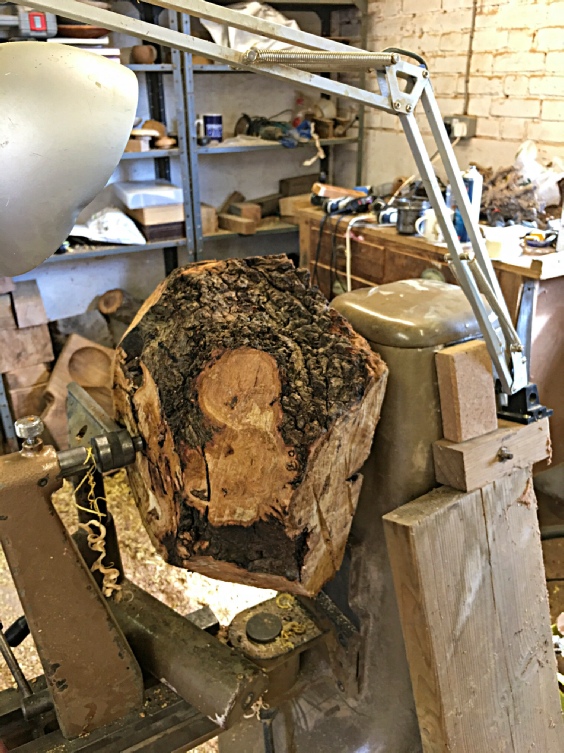 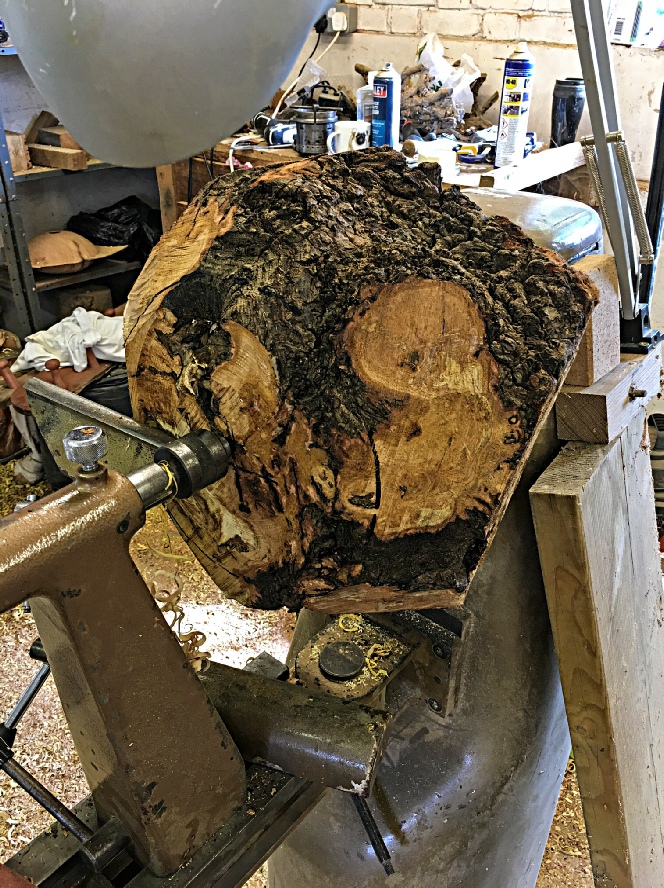 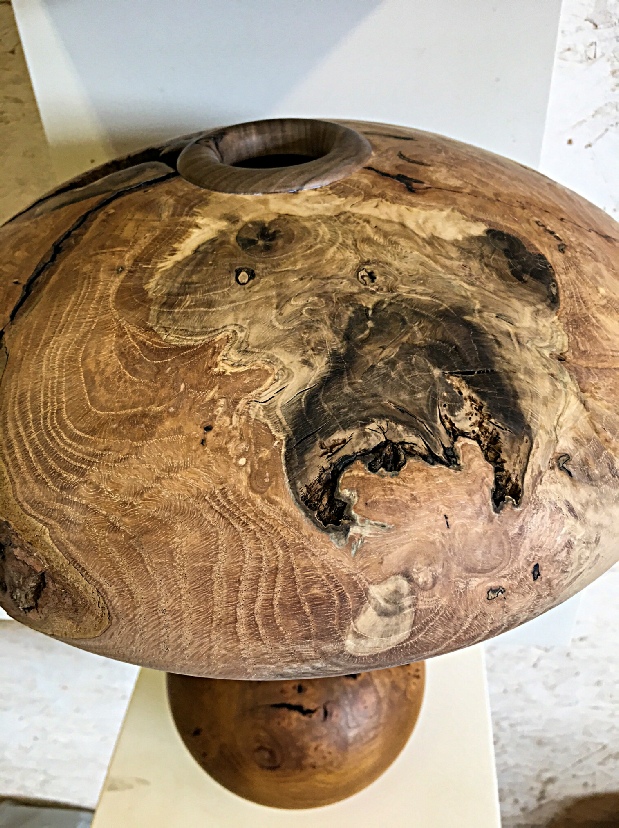 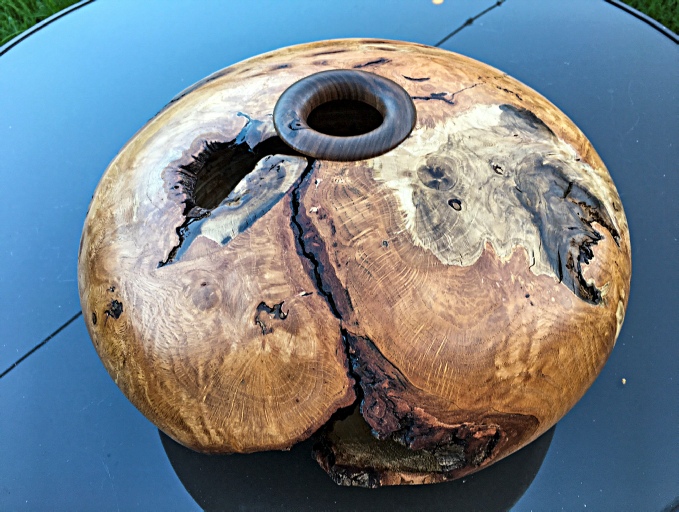 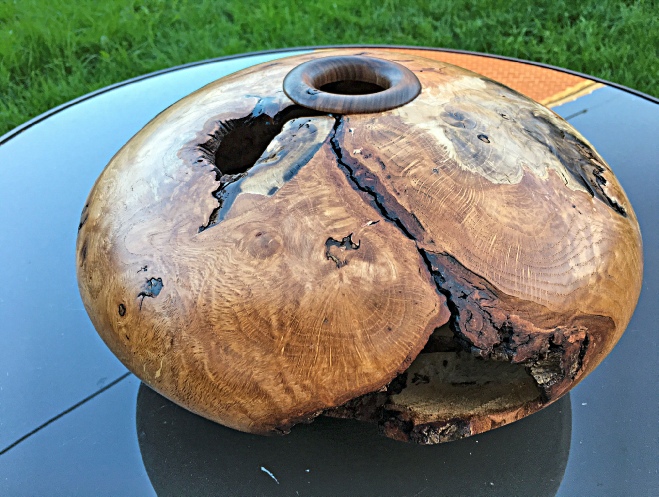